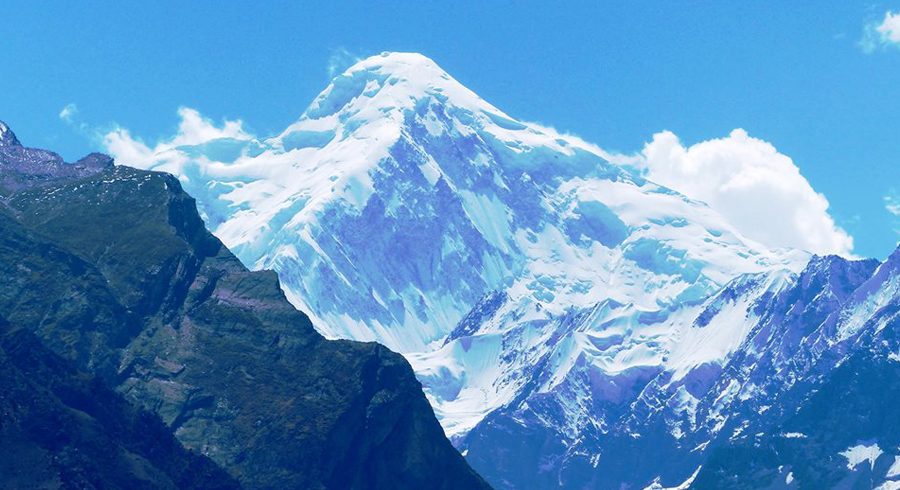 Diran Peak (7272m) is called Minapin as well as Diran. It is situated in Rakaposhi and Haramosh mountain region near the Minapin, Hitachi and Baltar glaciers and it is easily accessible because of the Karakoram Highway.

It is one of the fascinating peaks that dominate the Gilgit valley and adds a special color to its otherwise rugged beauty.

A three-member Austrian expedition, climbed it the first time in 1968. They set their Camp 1 at 4800 meters. Big crevasses, inclement weather, and deep snow are recorded between Camp 1 & 2. It was from camp 3 that the party was able to reach the peak which it termed as a “Big summit plateau”.

These days some expeditions also managed their summit even from camp 2. It’s quite a popular peak among the climbers from Europe & Japan and last year there were three expeditions on Diran.